PSAC names Week One WSOC Athletes of the Week 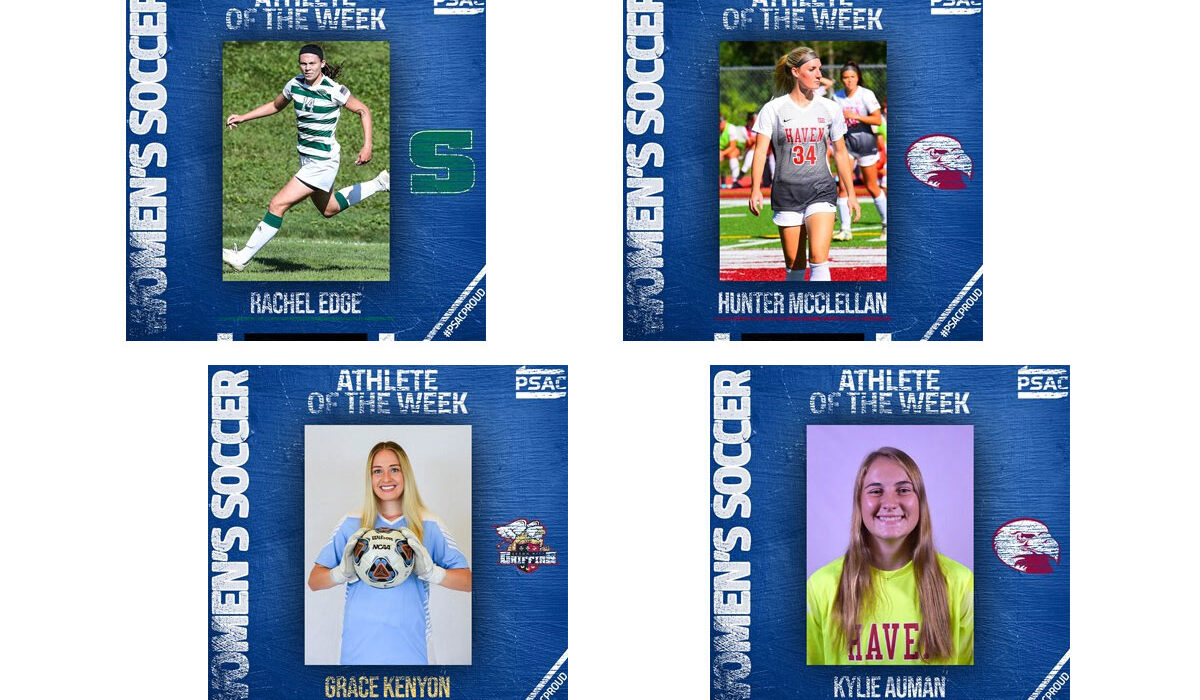 The athletes of the week and their accomplishments are listed below:

EAST
Athlete of the Week

Freshman Hunter McClellan (Granville Summit, Pa./Troy) made an impressive career debut and helped Lock Haven record a pair of wins. The Bald Eagle rookie scored in each win including a two-goal effort in the 4-0 road-win at Cal on Saturday. In Lock Haven’s season-opener vs. UPJ, McClellan scored the game-winning goal in the 2-1 win. She added a pair of goals Saturday vs. Cal. Her three goals lead the PSAC and she leads the league in shots through two matches. It marks LHU’s first 2-0 start since 2002.

Freshman Kylie Auman (Centre Hall, Pa./Penns Valley) is 2-0 on the season and she needed just one save Saturday to help Lock Haven pitch a 4-0 shutout on the road vs. Cal. She also made one stop in LHU’s season-opening 2-1 victory over UPJ Thursday. It marks LHU’s first 2-0 start since 2002.

WEST
Athlete of the Week

Reigning PSAC West Athlete of the Year Rachel Edge led The Rock to a 1-0-1 record last week to open the 2021 season in a pair of tough Atlantic Region contests. Over the two games, a 2-2 tie against West Virginia Wesleyan and a 2-0 win at Fairmont State, Edge tallied two goals on four shots, all of which were on goal. Edge opened the year with a dramatic goal at the end of regulation (88:15) to force overtime in SRU’s eventual tie against West Virginia Wesleyan. She followed that performance up with another goal as part of The Rock’s shutout at FSU. Edge was the only PSAC West athlete to score more than one goal last week.

Grace posted a shutout in the Griffins 1-0 season opening win over West Liberty. She recorded nine saves in the win. Grace made three saves in the first half and then added six more in the second half.