PSAC names Week One MSOC Athletes of the Week 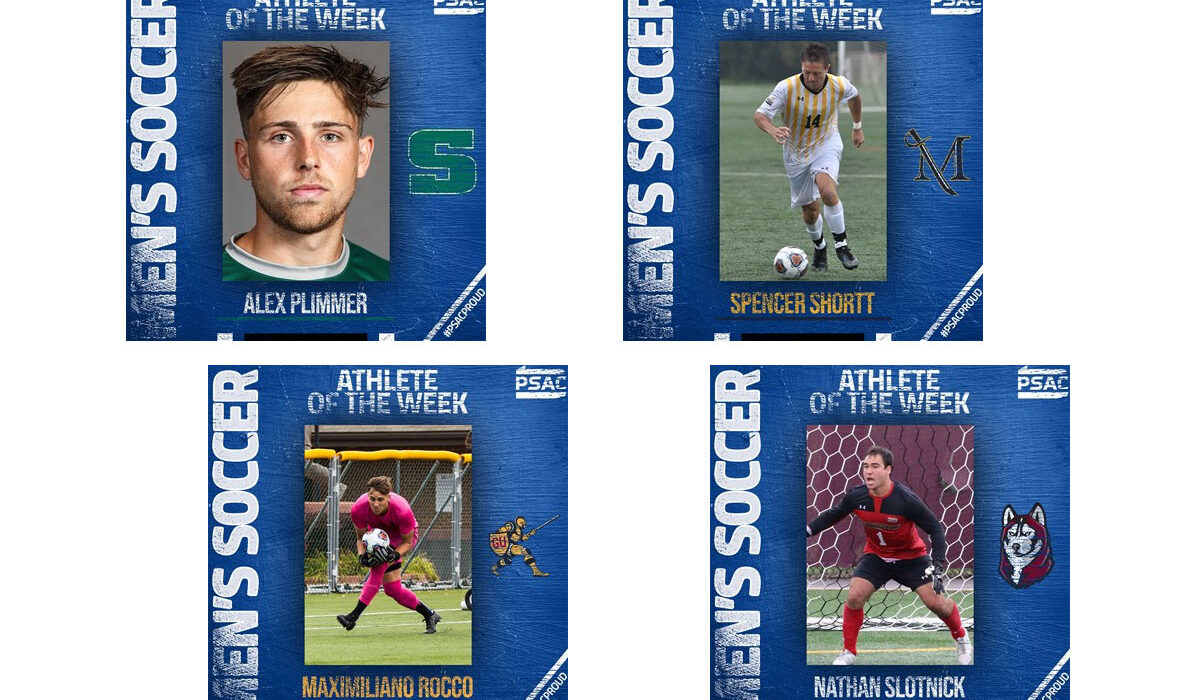 LOCK HAVEN, Pa. — The Pennsylvania State Athletic Conference office announced this week’s men’s soccer athletes of the week. Over in the PSAC East, Spencer Shortt of Millersville University earned the offensive honor, while Nathan Splotnick of Bloomsburg University captured defensive honors. In the PSAC West, Alex Plimmer of Slippery Rock University was offensive, while Maximiliano Rocco was defensive athlete of the week.

The athletes of the week and their accomplishments are listed below:

EAST
Athlete of the Week

Slotnick led the Huskies to a 2-0 week to open the season. The Yardley, Pennsylvania native had a 1.00 GAA between the two games with six saves and a 75% save percentage. Slotnick posted four saves in the 2-1 win over Mercyhurst Sunday afternoon.

WEST
Athlete of the Week

Plimmer led The Rock past Findlay in a 1-nil victory scoring Slippery Rock’s lone goal in the 58th minute. He also had a shot in SRU’s 1-1 tie against No. 25 Lake Erie. He’s accounted for half of The Rock’s offense early on this season in limited time playing just 45 minutes in two contests.

Rocco kept a clean sheet in Gannon’s season-opening win over Tiffin last week. Tiffin, who had been receiving votes in the 2021 United Soccer Coaches Preseason Coaches Poll threatened a scoreless first half, but it was Rocco who came through huge with a penalty kick save to keep the game level.  He faced eight shots, with six on goal and had six saves en route to the shut out victory.