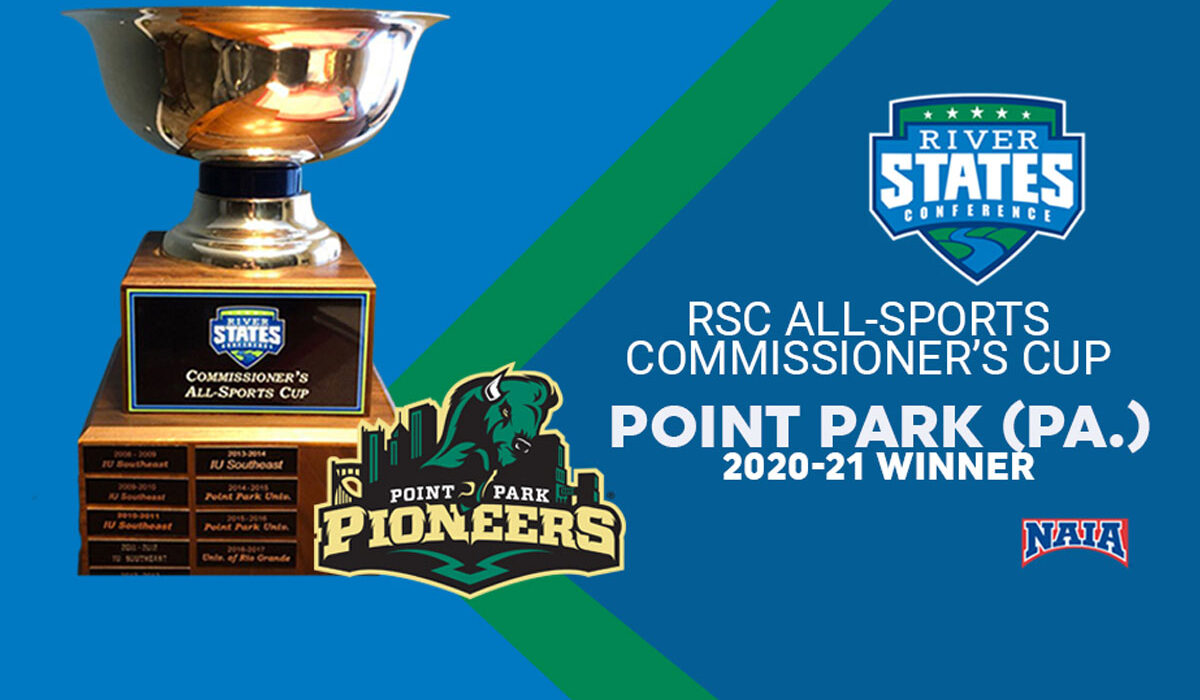 MIDDLETOWN, Ohio — Point Park University claimed the 2020-21 River States Conference Commissioner’s Cup in a narrow race over WVU Tech and University of Rio Grande (Ohio). The Pioneers’ athletic department edged the Golden Bears and RedStorm by a single point for the award that measures the overall top athletic department across all the RSC championship sports.

Standings for the RSC Commissioner’s Cup take into account each school’s finish in the RSC championship sports that it sponsors. The 2020-21 standings scored the top seven sports from each school. Points are awarded on a scale of 10 with 10 points for first place in a sport, nine for second and so on. For sports that have more than 10 schools participating, no points are earned for schools finishing below 10th place.

Point Park claimed the narrow victory with 66 total points with WVU Tech and Rio Grande tying for second place and very close behind with 65 points each. The top five of the 13 conference schools was rounded out with Indiana University East taking fourth place with 62 points and Midway (Ky.) University placing fifth with 60 points.