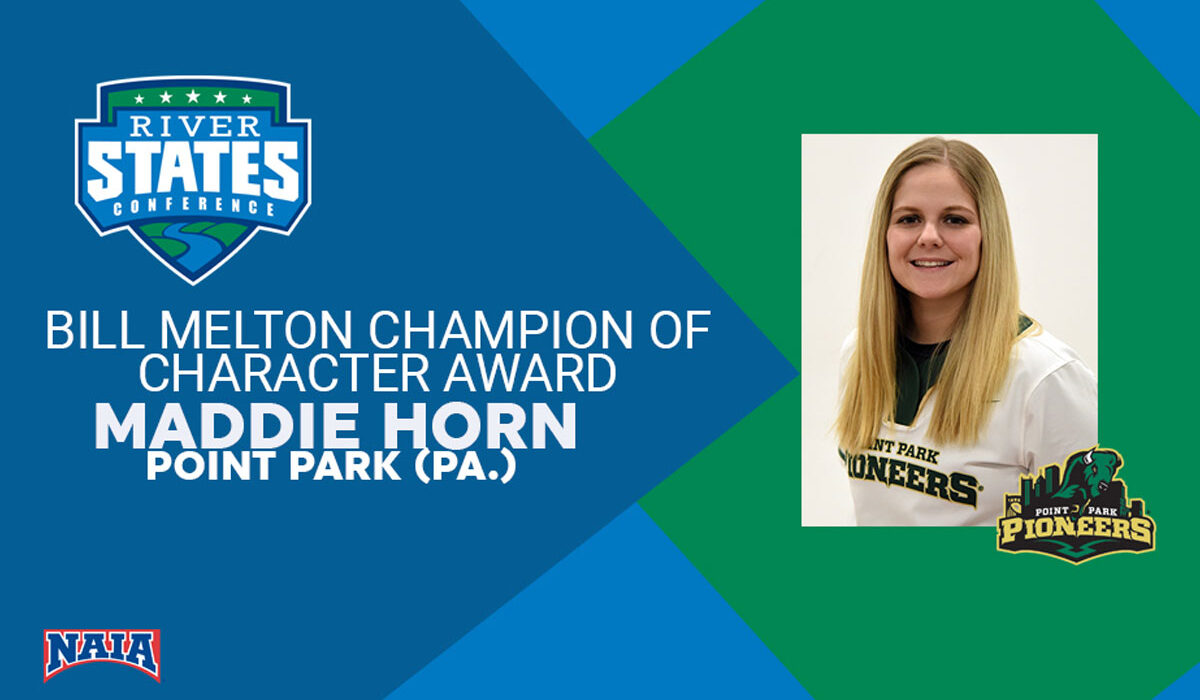 MIDDLETOWN, Ohio — Point Park University senior Maddie Horn has been chosen as the female recipient of the 2020-21 River States Conference Bill Melton Champion of Character award. The Hegins, Pa., native is a member of the Pioneers’ softball program.

The RSC Bill Melton Champion of Character Award annually selects one male and one female student-athlete in the conference who is recognized for excellence in academics, athletics and the is embodiment of the NAIA Champions of Character values.

Horn is a center fielder, top hitter and three-time all-conference selection for Point Park softball. She is a leader for the Pioneers as a team captain the last three years. Horn is an excellent student with a 3.96 GPA in pre-med, and she will go on to medical school after her recent graduation.

Horn’s biggest Champions of Character was described as responsibility. She has displayed that as a student-athlete the program relied on for many things and also in the service to her community on campus and in her hometown. At Point Park, Horn has taken on the leadership in the athletic department for an annual Red Cross Blood Drive collecting donations to help many people. Back home, she services her community working as an EMT, as a youth camp counselor and going on mission trips.

The award is modeled after the NAIA’s Dr. Leroy Walker Award, one of the most prestigious awards in the national association. It is named for former RSC (then called KIAC) Commissioner Bill Melton, and it promotes and recognizes the core values of the NAIA Champions of Character program: Respect, Responsibility, Integrity, Servant Leadership and Sportsmanship.

Nominated by their institution, candidates must be at least a junior with a 3.0+ GPA. Other considerations for the award are campus and community leadership, embracing the five core values and athletic achievement. The award was established in 2015-16, and the honoree is selected after a vote of the RSC Champions of Character Committee.