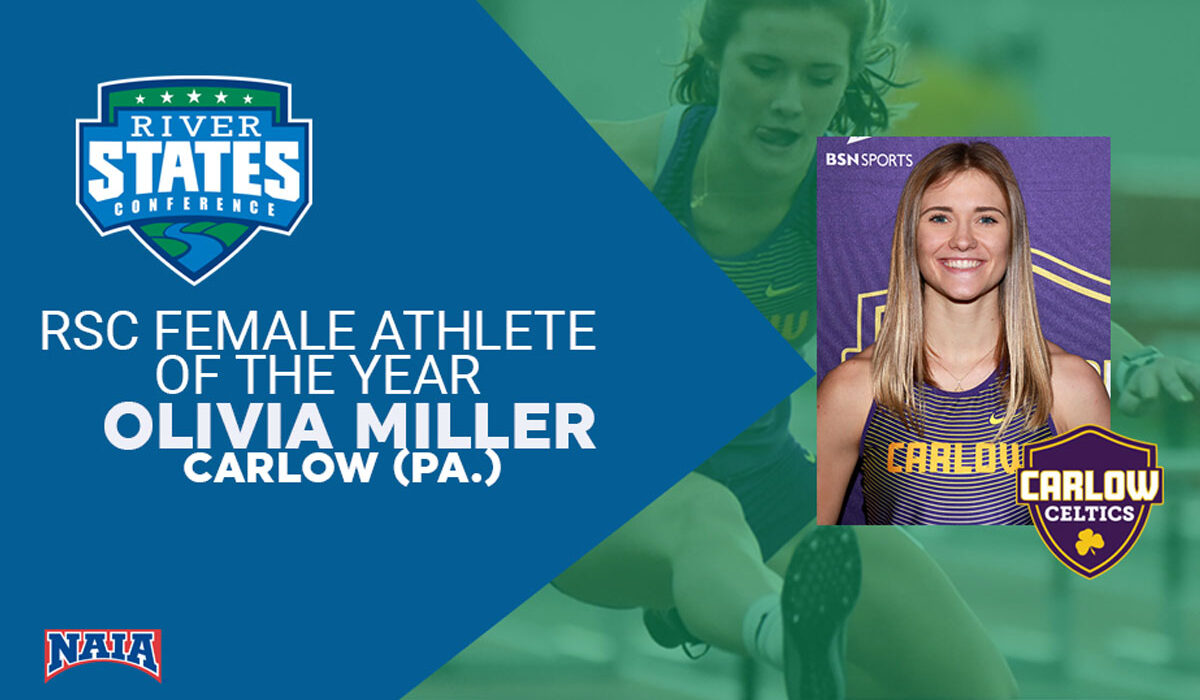 MIDDLETOWN, Ohio – Carlow University senior track and field star Olivia Miller has been chosen as the 2020-21 River States Conference Female Athlete of the Year. She was selected after a vote of the league’s athletic directors.

The RSC Female Athlete of the Year honoree is the top athlete in the conference across all nine of the RSC’s women’s championships sports. Each school is permitted one nominee, and athletes of the year in each sport are automatically nominated.

Miller, a native of Bolivar, Pa., was the RSC Women’s Indoor Field Athlete of the Year. She won four conference championships combined between indoor and outdoor track and field, and she was a three-time NAIA All-American in this year alone.

Miller competed in seven events during the RSC Indoor Championships winning conference indoor titles in the long jump and high jump. She took home all-conference honors in all three jumps and was also all-conference in the 60-meter hurdles. Miller also competed in the shot put, 600 meters and DMR.

She took her multi skills to the NAIA Indoor National Championships, where she was NAIA All-American placing sixth in the pentathlon and sixth in the high jump.

At the RSC Outdoor Championship, she competed in six more events with two more wins in the long and triple jumps. Miller earned all-conference in the 100-meter hurdles and also competed in the high jump, shot put and javelin.

Miller went on to the NAIA Outdoor National Championship where she earned her third NAIA All-American honor of the year. She did so placing fourth in the country in the high jump. During the year, she dominated the RSC Field Athlete of the Week honor winning five different times.